An Irish Lesbian's thoughts and observations…

Let’s talk about women. I’ve been throwing out so much randomness recently but it’s now time to talk about our love of women. The pulse behind the hearts of us lesbians. When I was a baby dyke just after coming out I found myself attracted to older women and that hasn’t changed at all since. Initially there was only a gap of a year or two between myself and the women I kissed or dated but then the gap grew bigger. There’s eight years between my wife and I and I can’t imagine being as happy with someone my own age.

Lisa Edelstein who starred in House caught my eye many years ago when I first watched the show. An older woman in a position of power seemed pretty attractive! I loved her accent too. 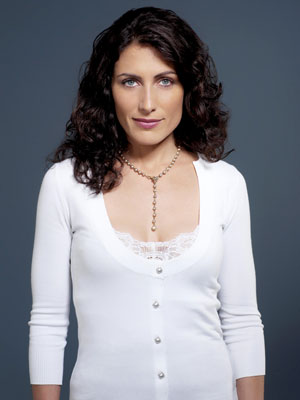 Older women seem to suit me as I need someone emotionally mature in my life. I even sometimes prefer hanging out with people who are older than me. I’ve never had a particular ‘type’ that appeals to me but Shane from The L Word was definitely never on my list! I was more of an Alice or Helena fan, myself. What about you? When I was almost 16 I gave up on relationships because it was so difficult to properly connect with someone my age or younger but then I ended up dating someone who was three years older and while that relationship was a disaster at least we could have a decent conversation. I’ve been involved in and overheard so many debates about what the perfect woman looks like but I’ve learnt that beauty is truly in the eye of the beholder and every woman can be someone’s perfect woman. Women are such beautiful creatures, aren’t they? I thought for years that being heavy made me unattractive and undesirable but after I lost weight I realised that it was my own personal opinion of myself that was injecting these thoughts into my mind and I was attractive to someone both with and without my excess weight.

So, this has turned into a bit of a rant but the moral of the story is… well, I’m not sure about that anymore but I am sure that older women rock!

Sex is so Sexy

Fancy me, love me or just want to tick a box?